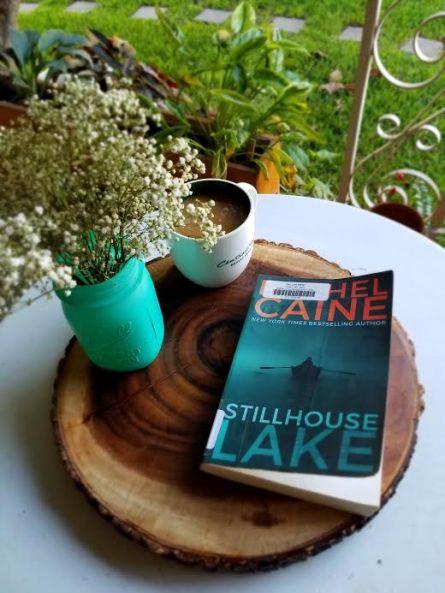 Gina Royal is a good wife. She is an exceptional mother. She takes care of house and home like a juggernaut – doing what society, and her husband has told her is her most important job, to the detriment of her own well-being. She loves her children with everything she has, and while her marriage has its hiccups and that proverbial “spark” may be gone, Mel is a good father, a good husband and a good man – right?

And that’s when she had one single, awful realization. It’s not a doll. And against all her best intentions, she began to scream and couldn’t stop.

When a drunk driver crashes his car into the Royal’s garage – no one, especially Gina Royal has any idea that in doing so Pandora’s box is about to be opened and all of her husbands monstrous acts of murder and torture are about to be set free for all the public to see, condemn and judge. After being tried and acquitted as an accomplice to her husband’s murders Gina (now Gwen Proctor) and her children have been on the run from internet trolls and her husbands long shadow in attempt to return to a life that resembles normal.

But I’ve kept them safe from the wolves, at least: the most basic and important job of a parent, to keep her offspring from being eaten by predators. Even the ones I can’t see.

Finally, after a trial and immense struggles Gwen and her family have found the lovely lakeside town of Stillhouse to settle. She’s purchased a house and she finally feels she may have found a home here. Then, a body turns up right outside their back door – the signature the same as her now incarcerated husband and Gwen’s carefully constructed secrecy comes crashing down.

This read had me utterly gripped from start to finish. When I read the first line of the book “I should’ve checked the garage.” I was honestly, immediately turned off. I found myself incredulous as to how someone could let an entire section of their house be prohibited to them. However, this is where Caine’s incredible skill shines. She develops this story and it’s characters with a level of detail that left me in awe. As I’ve mentioned before, a lot of thrillers rely on entertaining versus likable characters and I’m pleased to say Stillhouse Lake falls in the latter category.

Gina’s long dead, and I don’t mourn her. I feel so distant that I wouldn’t recognize the old me if I passed her on the street. I’m glad I’ve escaped a hell I had hardly even recognized when I was burning in it.

This ultimately left me hoping for a bit more by way of the development into the final twists. My least favorite ending to a mystery / thriller is when it feels haphazard. As if these final moments are an after-thought to the detail and development that went into the bulk of the novel. While Stillhouse Lake wasn’t the most egregious case of this I was expecting a bit more from Caine given the outstanding nature of the majority of the book.

In the end I would highly suggest picking this up and giving it a read! I read this with the Traveling Friends group on Goodreads and it feels weird saying a book about murder was fun, but honestly, it really was a fun read. I’ll be rushing straight away over to the local library to pick up the second installment of this series (Killhouse Creek) and be keeping my eye out for future reads by Caine because the writing and overall development was truly top-notch.

Suggested For: Lovers of the thriller / suspense genre and anyone looking to start and incredibly promising series!

Have you read Stillhouse Lake or anything by Rachel Caine? Would you let your partner have a “secret room” in your house? Drop me a note in the comments and let me know!

Keep an eye out later this week for a review of Jar of Hearts by Jennifer Hillier with a paired recipe! Next week I’ll have another recipe and a read for you with Where The Crawdads Sing by Delia Owens! So get your TBRs and your appetites ready because I’ve got some super fun recipes ahead!

Published by Christina - Recipe & A Read

My name is Christina and I'm the host of Recipe and a Read! I pair recipes mentioned in books with many of my reviews. In addition to recipes and reviews I post other book related content throughout the week along with stand alone reviews. I'm just a girl that's here to tell you how great books are and share my passion for reading and cooking. View all posts by Christina - Recipe & A Read

My name is Christina and I'm the host of Recipe and a Read! I pair recipes mentioned in books with many of my reviews. In addition to recipes and reviews I post other book related content throughout the week along with stand alone reviews. I'm just a girl that's here to tell you how great books are and share my passion for reading and cooking.

A LOOK BACK (ARCHIVES)